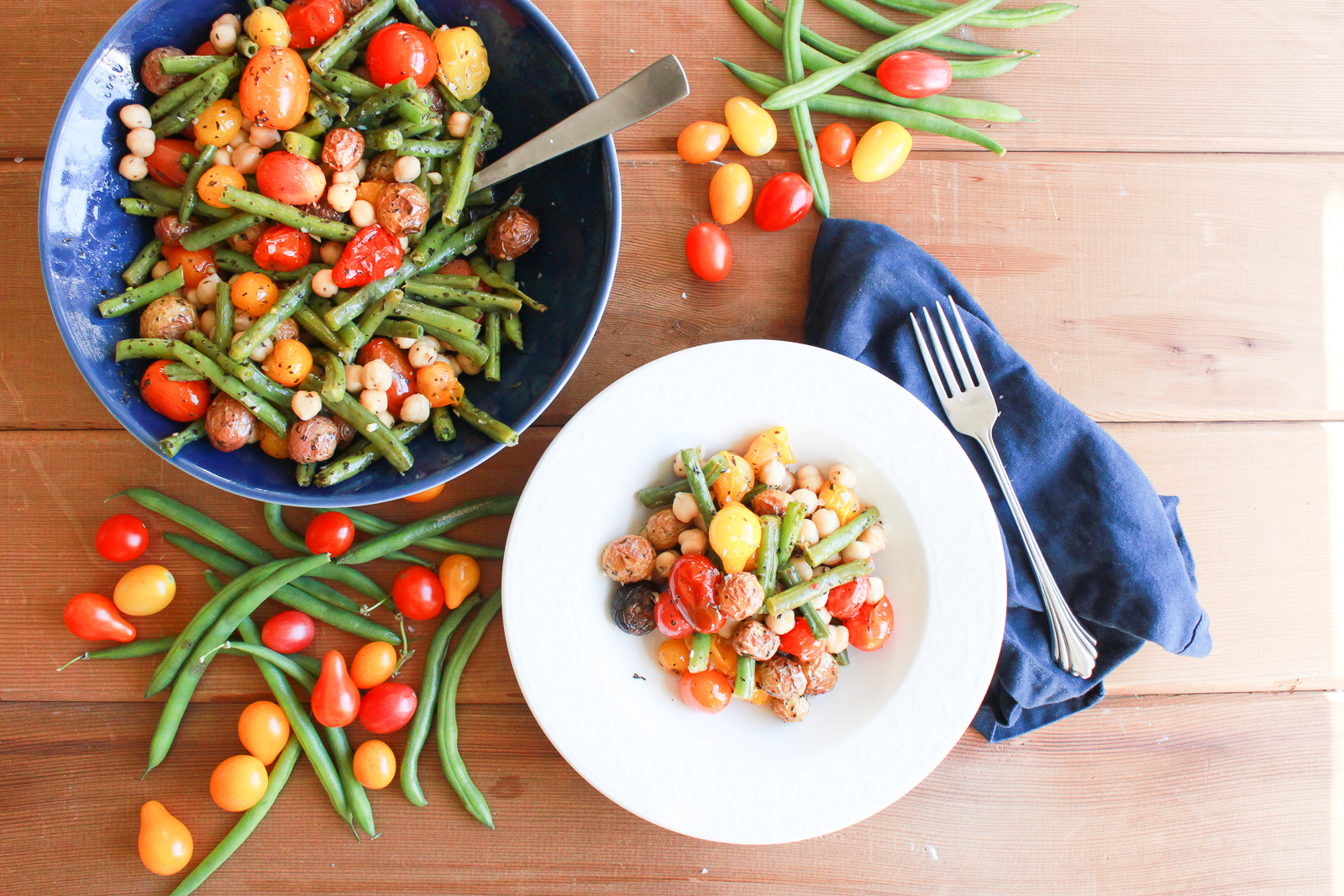 Scoop out the seeds and tendrils using a spoon, and spray a bit of oil on to each half.

Wrap each in foil and place on a baking tray with the cut side facing down.

Place the tray in the oven and bake at 400 degrees for 40 minutes or until done (when prodded on the top, each half should give)

While spaghetti squash is baking, prep the other ingredients.

Peel and chop the onion, ginger, and garlic.

Also, chop up the parsley.

Rinse off the celery and chop it up as well.

Drain the cans of chickpeas and lentils and rinse them in a colander under running cold water.

Add oil to a pan and add in the onions and let saute for about 5 minutes.

Add in the garlic, ginger, and celery and saute another 5 minutes

Then add in the lentils, chickpeas, and spices such as zaatar, coriander, smoked paprika, chili, and turmeric and stir well until well incorporated.

Season with salt and pepper to taste and remove from the heat and set aside.

When spaghetti squash is done, carefully remove the tray from the oven and remove foil from each half, avoiding the steam released.

Dice your potato, and bring a large pot of water to a rolling boil. Heavily salt the water and add in the diced potato. Boil for about 7-8 minutes or until fork tender.

Drain the potatoes and spread them out evenly on a parchment lined baking sheet. Toss in 1 tbsp of the olive oil, the Old Bay seasoning and add salt and pepper to taste.

While the potato is roasting, toss the shishito peppers in a bowl with the remaining olive oil, salt and pepper.

After the potatoes have roasted for 15 minutes, take them out of the oven and give them a good toss on the roasting pan. Move the potatoes to the edges so that there is an open space in the middle. Spread the shishito peppers out evenly in the middle of the pan, and try to have them each touching the pan’s surface.

Put the potatoes and shishitos back in the oven for 10-11 minutes, or until the shishitos have blistered, puffed up and collapsed.

Remove the pan from the oven and toss the vegetables together so that they are all coated in the Old Bay mixture. Move to a bowl and serve!

Place the peppers on a baking tray and roast for 20 minutes or until completely black and soft, turning half – way through cooking. Remove from the oven and set aside to cool. Alternatively, cook the peppers over a hot charcoal barbeque.

Once the peppers are cool enough to handle, remove the skins and seeds. Tear or slice the peppers into long ribbons and place in a bowl. Add the oil, salt and thyme and mix well.

When ready to serve, place on a large plate and scatter with the pickled garlic.