Skip to content
“The Fresh Stop Market model successfully replaces traditional food delivery systems that have failed one out of every five people in our community.” 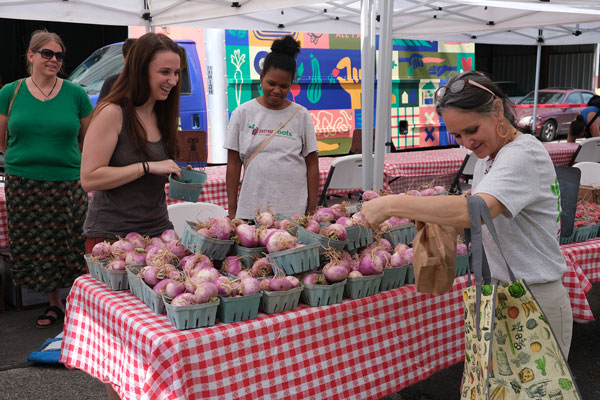 It All Started With a Simple Idea

Just like air and water, fresh food is a basic human right. The idea for New Roots began when our founder, Karyn Moskowitz and a group of friends were frustrated with farmers markets’ inability to offer fresh, organic food to all income brackets and neighborhoods. So, we began to organize.

Karyn invested her unemployment check, began listening to the community and local farmers, and adopted a cooperative economics model to create the Fresh Stop Markets. In 2009, New Roots officially became a 501c3 nonprofit founded on the belief that fresh food is a basic human right.

Our Mission and Vision

To ignite community power for fresh food access. Our vision is that affordable, fresh, organic food is available year-round in all neighborhoods.

With this mission, Fresh Stop Market shareholders are able to take control of their own stories and their own
health.

Here, Vincent tells the story of how he suffered health problems for years due to his lack of access to fresh, healthy foods.
My grandma used to tell me " Boy don't nobody have to be nice to you". So, when I state the kindness and compassion that Karyn and the New Roots crew have shown me in this last share season, I caution not to take it lightly in any manner. Where I was before the share season from a health standpoint is sadly a familiar story in our society. Suffering from medication refractory depression that made holding down a job a struggle and dealing with complications from obesity, I grew hopeless about where I saw myself in the near future, and my prevailing thought at the time was that things would progressively get worst for me, not better.
But when I got my first share that year at the old Louisville Fresh Stop, seeing all those veggies and the possibilities that they possessed, a match was lit inside of me and led me on a journey to my optimal health. Nutrition research and the guidance of the friendly folk that I encountered at the Fresh Stop led me down the path to embrace a diet of whole plant foods that abstained from animal products (meat and dairy). The variance of starchy veggies with dark leafy greens (all organic and locally grown) fed me in ways I never thought possible. "Share Day" became a looked forward to tradition in my house among my daughter and I. As we proudly lugged our Fresh Stop bag around town, we could not wait to tell people about all the awesome veggies we were due to receive. I can also tell you about a time kindness was shown when I was having a rough time financially, I called to cancel my share.
Karyn not only took it upon herself to make sure I could still participate in that week’s share, she checked to make sure that my family and I was okay. Thank you Karyn and I hope to pay forward the compassion you showed me during a tough time. At the time of this writing, In the six months since share season started, I am down 60 pounds with very little exercise beyond the occasional walk. My depression is manageable to the point where I can maintain a full-time job and I am climbing the walls with all the energy I have. If true wealth comes from how well you feel inside, I think I might be a billionaire. My tale may be a bit out there for most, but if someone had told me all the things I’m telling you a year back, I’d have quite the laugh, but believe this- if placed in the right conditions and with the proper amount of care shown by the kindness of strangers, the body has the amazing ability to heal itself.

We Are In It Together 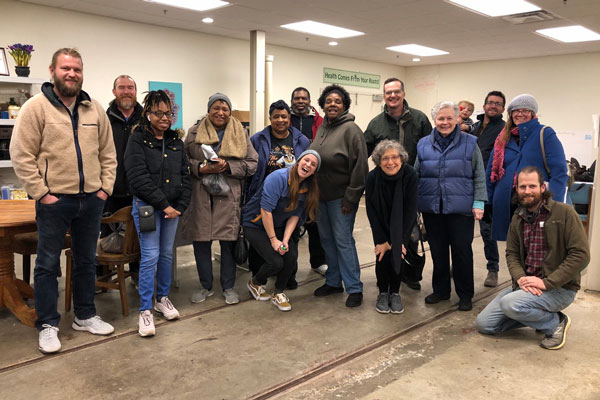 We know that “we” is greater than “me”. We operate across all cultural and economic landscapes. We work as part of one whole community. We are united by and accountable to a shared purpose and set of values.

Fresh Stop Markets are unique and not quite like anything you’ve ever experienced. From the moment you hear about us and make that first phone call, to when you come to market or attend any of our events, you are surrounded by a community of caring, competent, and fun individuals who want you to eat your veggies! We not only connect people to delicious veggies, we connect them to each other, whether it’s sharing a recipe for how to use that kale in your bag or sharing a simple conversation. We like to call it the ‘New Roots hug.’ 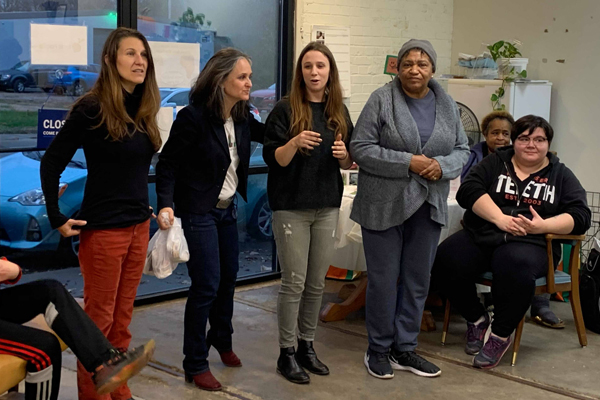 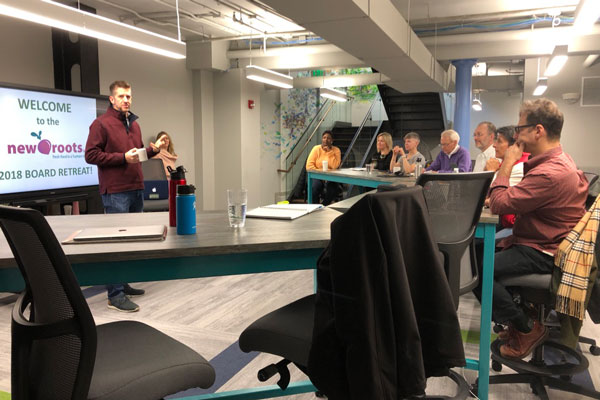 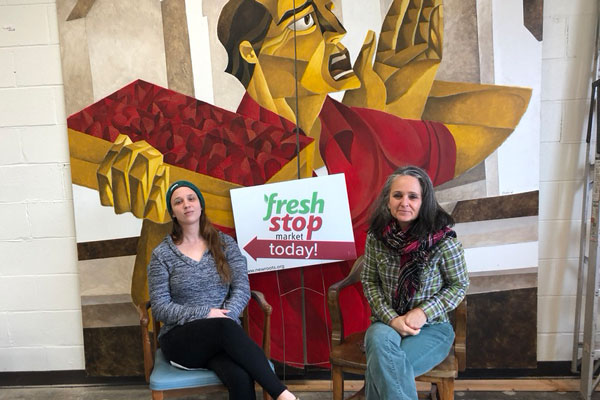 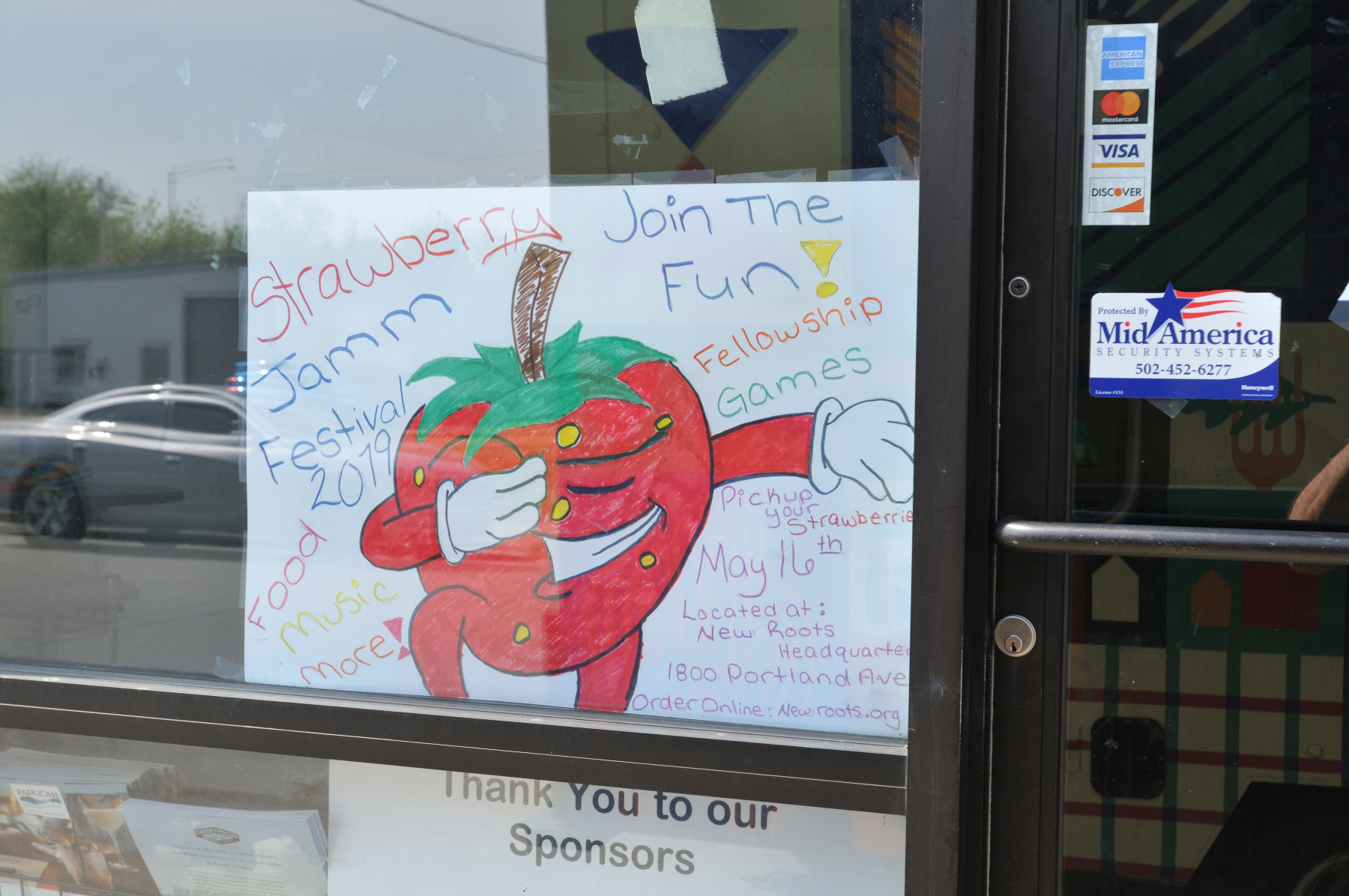 Join Us and Get Involved