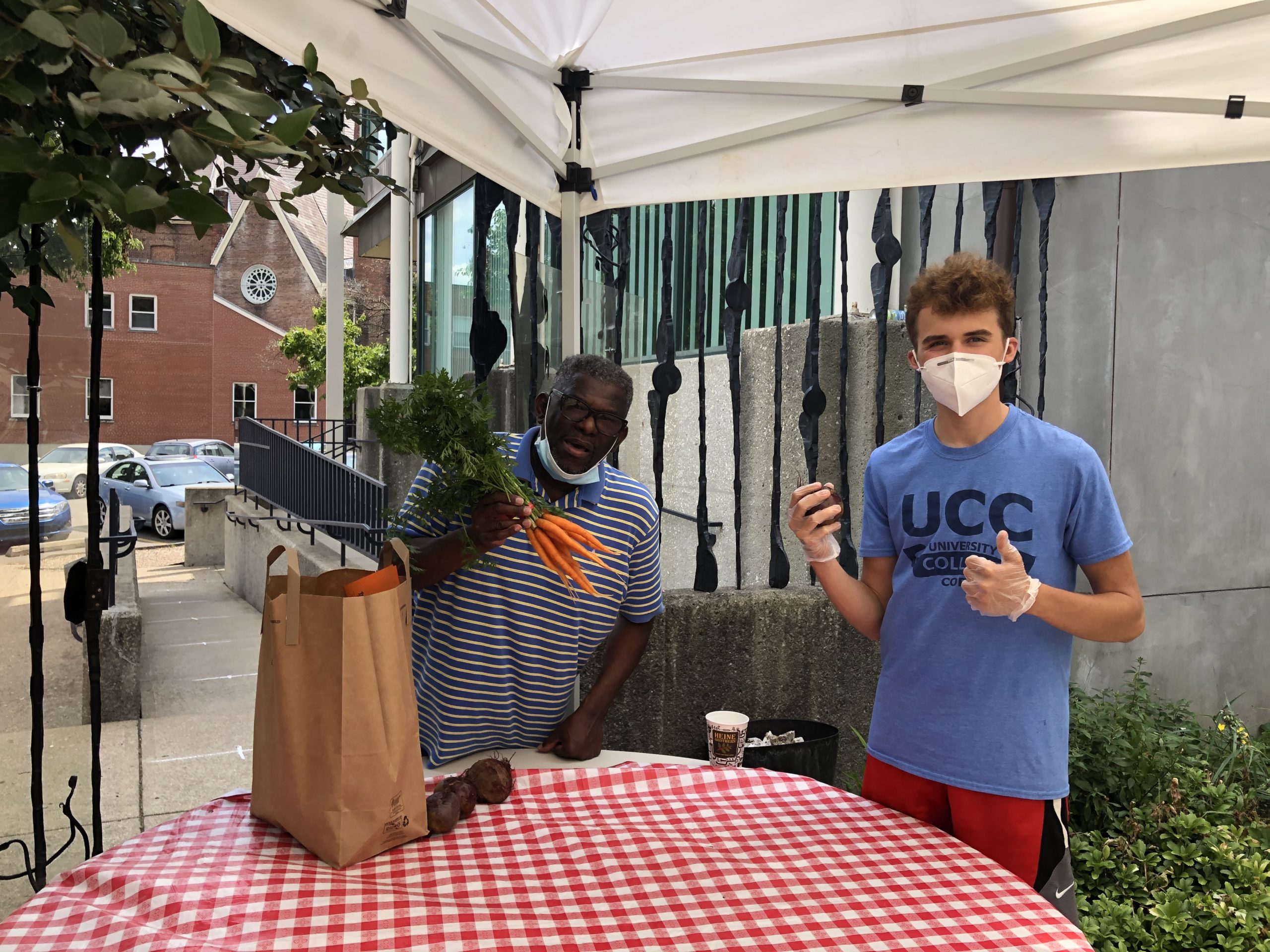 A lot of times when you meet somebody, it’s like looking at an iceberg: there’s a whole lot more to them than what’s on the surface.

That’s what meeting Michael Fry, a shareholder at the Old Louisville Fresh Stop was like. Mr. Fry is a wonderful man all the way from the surface to his core. An ordained minister, Mr. Fry is a treasured member of the community, gracious and kind hearted toward anyone that crosses his path. But what lies beneath the surface is equally incredible: his story about veggies is one from which everybody can draw inspiration.

A few years ago, Mr. Fry was in a rut; he was struggling with his weight and his doctor kept prescribing pill after pill at every appointment. That’s when Mr. Fry decided that it was time for a change. Having discovered New Roots, he became a shareholder and started the process of revamping his diet. Slowly but surely, Mr. Fry’s weight began to drop and his health began to improve. Just by eating veggies, he’s lost four suit sizes and ditched most of the pills his doctor had prescribed him. No more pizza and pills, Mr. Fry says. Now he’s just “binging on the beets!”

Mr. Fry wants to share his story because anybody can recover their health the way he did. If you’re stuck in a rut, popping pills and feeling sluggish, veggies might be the solution. Mr. Fry says that he never expected his diet to have such a drastic impact on his life, but now he hopes everyone will give it a shot. You never know, fresh veggies might be the only medicine you really need.

Watch Mr. Fry discuss why he is Beet Freak!

Keep Those Stalks and Ends or Don’t Throw Those Away!!